Comcast taps ‘Internet guy’ to think outside the cable box 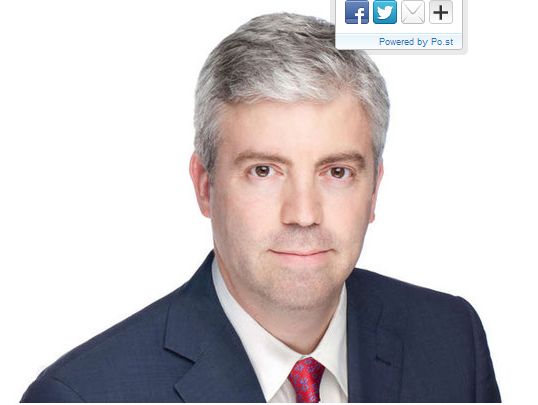 Comcast Corp., which has lost millions of cable-TV subscribers in recent years, is seeking to grow revenue and subscriber loyalty in its core cable business with new products based on the convergence of services.

Marcien Jenckes, a self-described “Internet guy,” is the man now assigned with taking this new-product development to a higher level.

He has been promoted to executive vice president of consumer services over video, phone, Internet, and home products – a first for the giant profit-making cable division.

Jenckes, 43, said the “lines between our products are blurring.”

He believes the path forward for Comcast, or any company, is to “embrace innovation and change and I think Comcast has done that well.”

Comcast now has almost as many Internet subscribers, about 20 million, as it does cable-TV subscribers, and the challenge will be keeping and pleasing both groups.

Jenckes began his career at the Federal Reserve Bank of New York. He then worked for McKinsey & Co. in its telecom and media practice. He joined AOL in 2001 and launched www.aol.com, its ad-supported consumer portal.

After AOL, Jenckes joined a company that evolved into Grab Media and then jumped to Comcast in 2010 as head of video products.

“Every element of the Comcast business has big business growth around it,” Jenckes said. “These are folks,” he said of Comcast leadership, “who have a vision of how consumer behavior evolves.”

COMCAST EXECUTIVE
Marcien Jenckes was born in Wichita, Kan., and lived as a child in Spain.

He is 43 and a graduate of the University of Virginia business school.

One of his favorite novels is 2003’s Shantaram, by Gregory David Roberts.

He’s an avid hockey player and lives in Wyndmoor with wife Sabrina and children Maia, Noah, and Carmela.