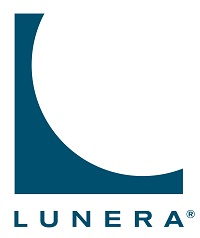 “Similar to the way the smart phone transformed from a device that could only make or take calls, to a handheld computing device which changed the social fabric, Ajay has the vision and technical aptitude to unlock one of a building’s most underutilized resource, an LED lamp,” said John Bruggeman, CEO of Lunera. “Intelligence embedded into LED lamps will create the backbone from which new application and services are only hindered by one’s imagination.”

“In the space of three weeks, Lunera has added two super stars to an already deep bench giving it the best management team in Industrial IoT,” said Gary Dillabough, chairman of the board, Lunera. “It will be exciting to watch this team fulfill the promise of Industrial IoT through Smart Building Services.”

About Ajay Malik
Ajay joins Lunera from Google, where he was head of architecture and engineering for worldwide corporate networking. Prior to Google, Ajay was senior vice president of engineering and products at Meru Networks where he led the transformation of the company’s technology which resulted in its acquisition by Fortinet. Ajay has also held executive leadership positions at Hewlett-Packard, Cisco, and Motorola.

Ajay brings over 25 years of executive engineering leadership and entrepreneurial experience in delivering award-winning innovative products in Software, Software-as-a-Service (SaaS), Wi-Fi, Real-Time Location (RTLS), Internet of Things (IoT), and Software-defined Networking (SDN) industries and holds over 80 patents issued/pending, and is the author of “RTLS for Dummies” and “Augmented Reality for Dummies.” Ajay holds Bachelors of Engineering in Computer Science and Technology from IIT Roorkee, India.