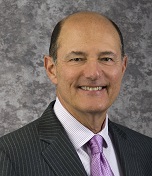 Over the past four decades the process of board succession planning and outside director recruitment has changed in dramatic ways. First is the trend toward more strategic succession planning and recruitment of board members. Thirty or 40 years ago, board chairs and CEOs (usually the same people) would simply reach out directly to friends and colleagues whom they knew, liked and trusted. Often these friends and colleagues sat on each other’s boards. With neither diversity nor other aspects of board strategy yet a priority, these boards tended to be made up of CEOs who were more alike than complementary.

Fast-forward to the present and you’re likely to find nominating committees that are far more thoughtful about strategically staffing a board so that its members complement one another and are therefore better able to contribute collectively to the company’s future growth.

The composition of today’s boards also reflect a more limited capacity for directorships. When I first began recruiting outside directors for public and large private company boards, it was not unusual for a sitting CEO to be serving on his or her own board along with three to five other directorships. Of course this was pre-Sarbanes-Oxley, and board members were contributing nowhere near the 250 to 300 hours annually that the average director puts in today for each board membership.

Most boards today advise the sitting CEO to serve on no more than one or two outside boards. The resulting limited availability of these CEOs has caused board nominating committees to shift their focus from sitting CEOs to recently retired CEOs, division presidents, chief operating officers and other C-level executives. Not surprisingly, many of these executives are first-time board members, which underscores the importance of the process used for onboarding new outside directors. 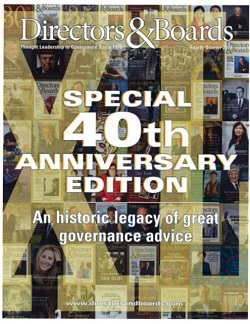 Another major trend that has caused a significant shift in director recruitment is the emphasis on diversity. Modern boards are looking for executives whose gender, race, ethnicity and global origin reflect the makeup of the company’s own leadership team and customer base.

Over the course of my career, we have also seen a major change in the tenure of outside directors, which has come down significantly. Twenty-five or 30 years ago, it wasn’t unusual for an outside director to serve on a board for 15 to 20 years. The average tenure for S&P 500 boards is now about 8 to 10 years. A client alert released in April 2016 by the law firm Dorsey observed: “More and more institutional investors are now adopting policies to support reduced director tenure out of a belief that giving out lengthy board terms makes directors less independent. Interestingly, this runs directly counter to the traditional belief that long tenure on a corporate board is a demonstrable asset to board effectiveness and a feature that goes hand in hand with solid corporate performance and good management.”

All of these trends – ranging from strategic staffing of the board to the shortage of sitting CEOs, the emphasis on diversity, shorter average tenure, and meeting the challenge of shareholder activists – have created greater demand for professional executive search services to help nominating committees plan for, identify, evaluate, attract and on-board outstanding and diverse board members. In today’s dramatically changed boardroom, perhaps the only constant we can rely on is more change. I can’t wait to see what the next 30 years will bring.

Howard Fischer is the founder and president of Howard Fischer Associates, a board and executive search firm with offices in Philadelphia, Silicon Valley and Boston (www.hfischer.com). For 35 years he has consulted with CEOs, boards of directors, and senior executives in identifying, evaluating, and attracting leaders. He was the founding president of the Philadelphia Chapter of the National Association of Corporate Directors.